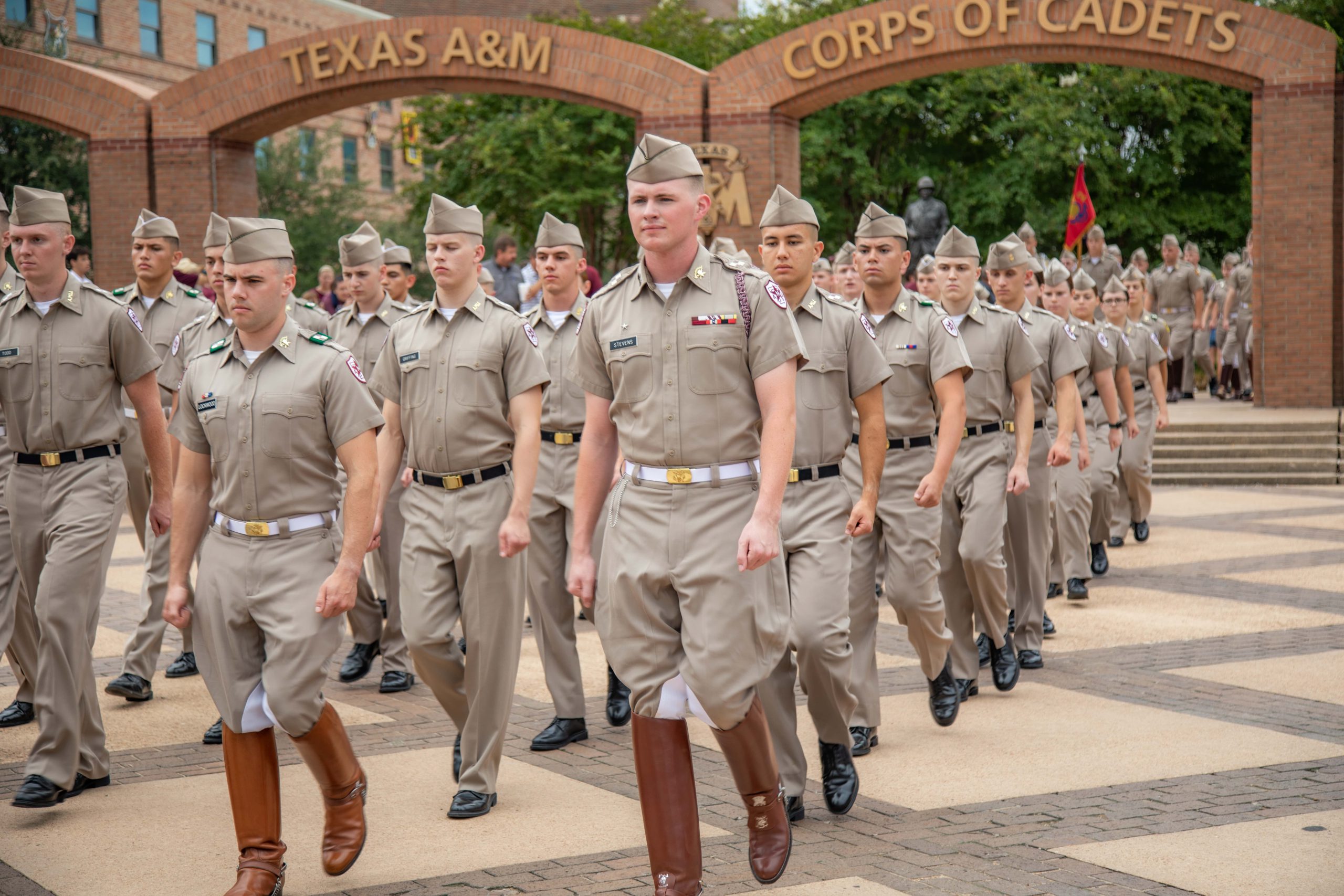 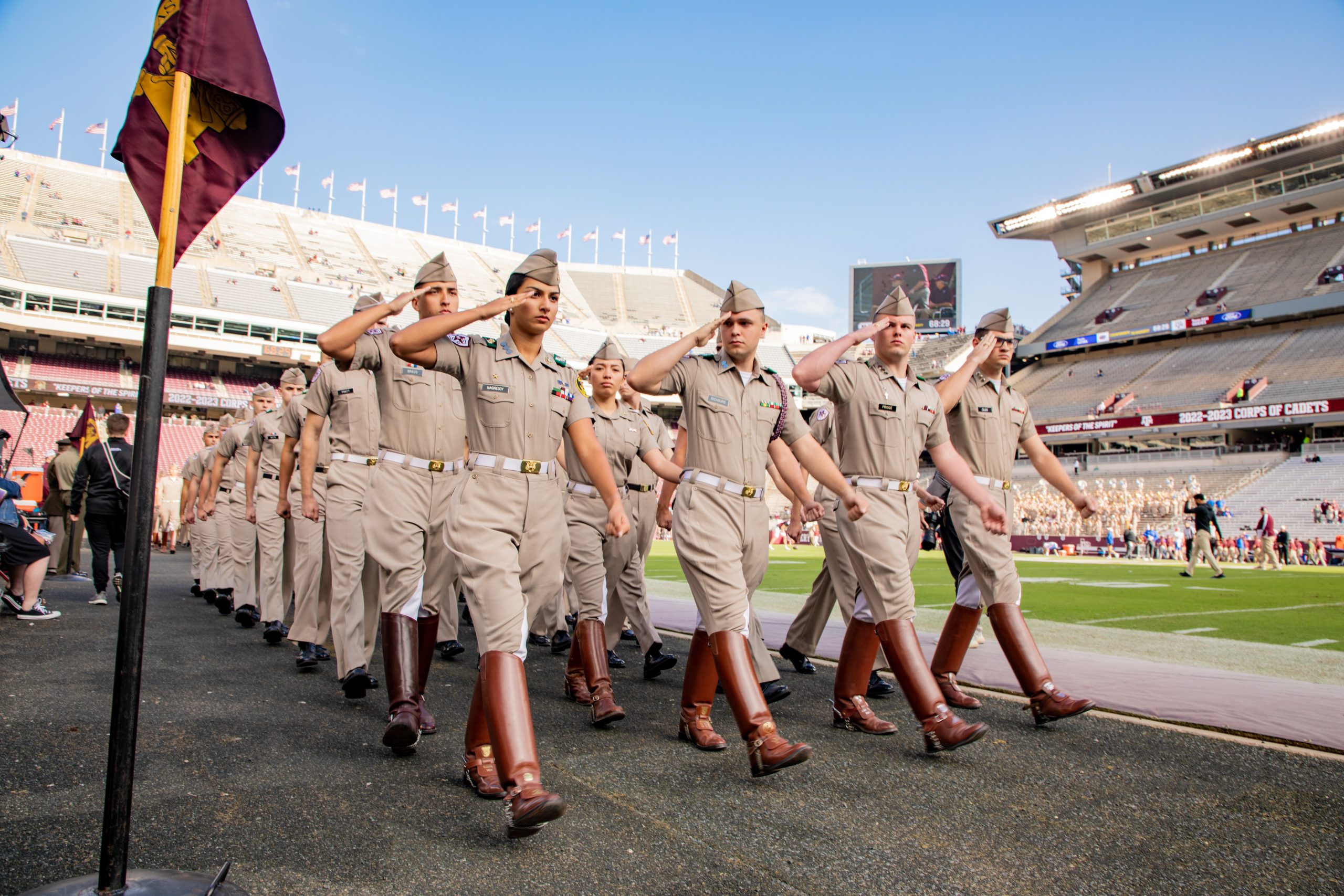 “Being a part of the Corps of Cadets has given me insight into what makes a true leader. I have come to understand that failure is a part of life, and the only thing that matters is how you choose to respond to it. As a cadet, I’ve been able to live the true Aggie tradition and become a part of the Texas A&M spirit,” Dawson said of his time in the Corps.

After graduation, Dawson plans to obtain his Ph.D. in Poultry Breeding and Genetics and one day work in the field of poultry research. 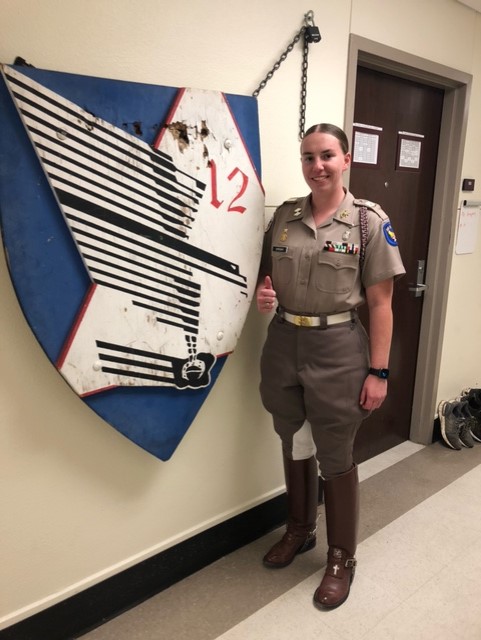 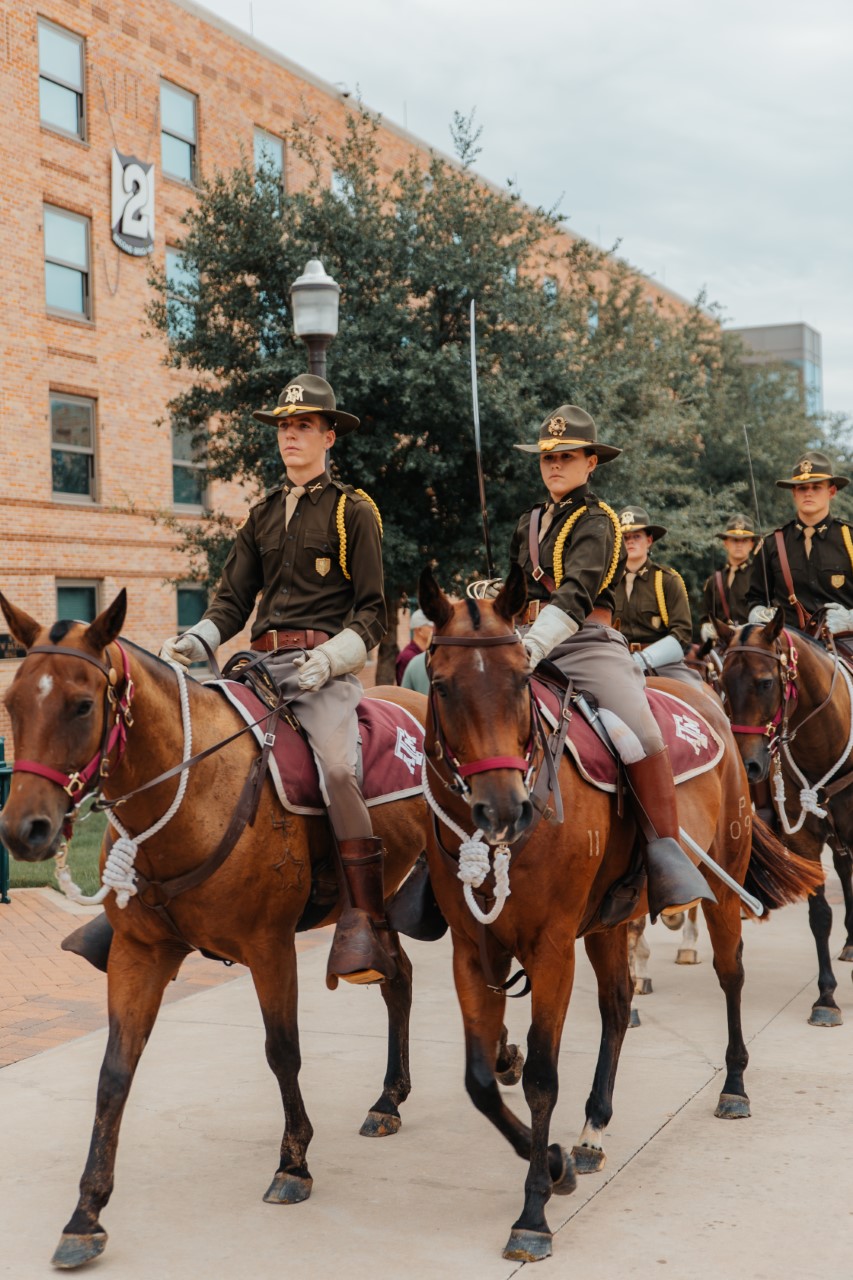 The current Public Relations, Recruiting and Finance Officer for Second Regiment, Caroline Sauter ’23 is originally from Company E-2. During her sophomore year in E-2, Caroline served as the second handler to Miss Reveille.

In addition to her work with Second Regiment, Caroline is a member of Parsons Mounted Cavalry, where she serves as the Sophomore Training Officer. In this role, Caroline works to prepare the Class of 2025 to be confident in their skills and become a part of something greater than themselves.

“The Corps has given me many opportunities to develop my leadership throughout each class year and at the outfit, major unit, and special unit levels. I can see the lessons that I have learned directly relate to what I will be experiencing in the workforce, and I am confident that I will be able to overcome and learn from any situation thrown my way. I am proud to be a member of the Corps of Cadets because of all that it has done to help me set, maintain and achieve my goals,” Caroline said of her time in the Corps.

After graduation, Caroline plans to work for a Civil Engineering firm and obtain her Practice of Engineering Certificate. 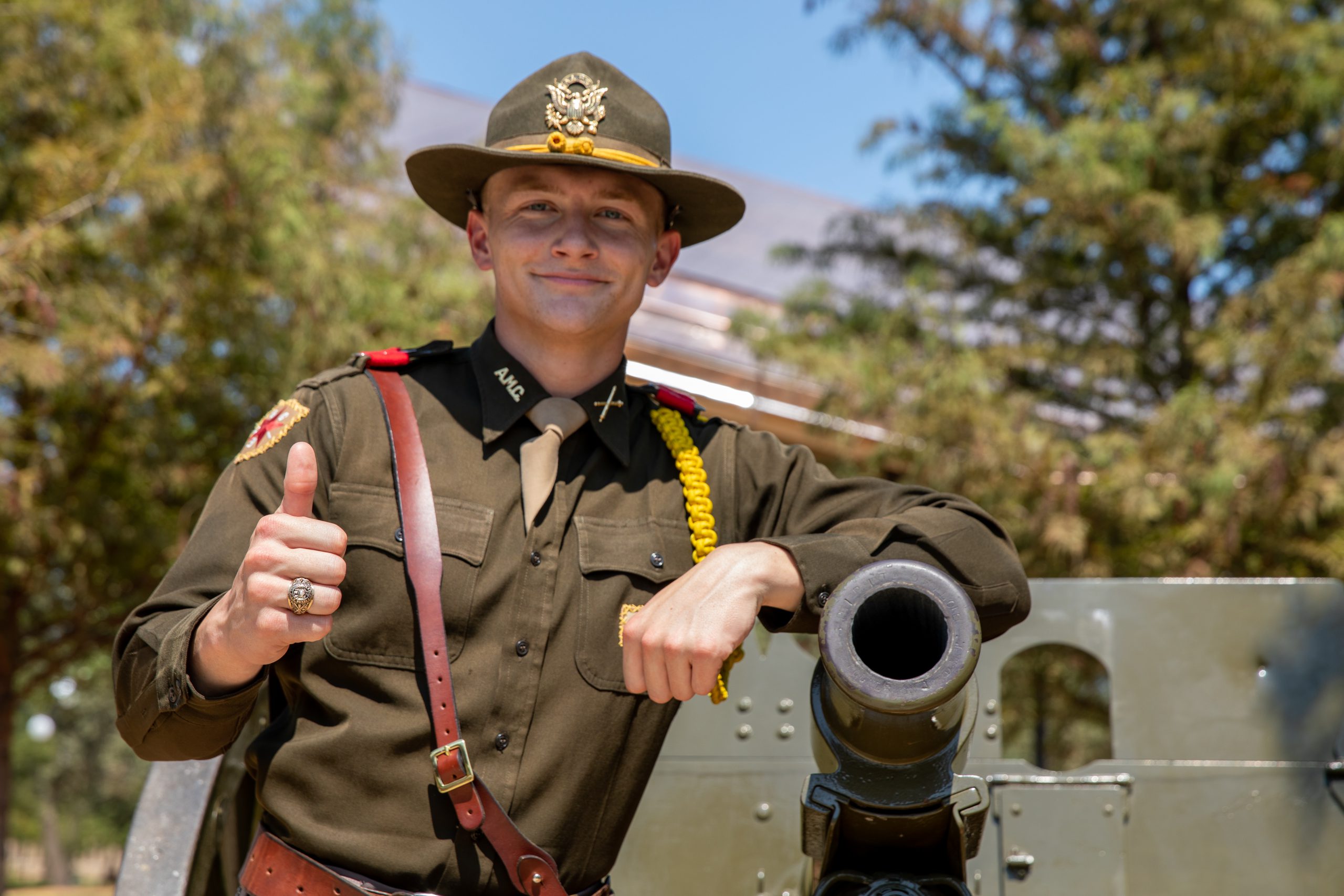 In his free time, Cole enjoys working out and spending time at Fiddler’s Green.

“Throughout my time in the Corps, especially within the Cavalry, I have seen a great development in my leadership abilities and work ethic, which I look forward to using to benefit my future goals in the agriculture career field,” Cole said of his time in the Corps.

After graduation, Cole plans to work in the cattle feed production industry.