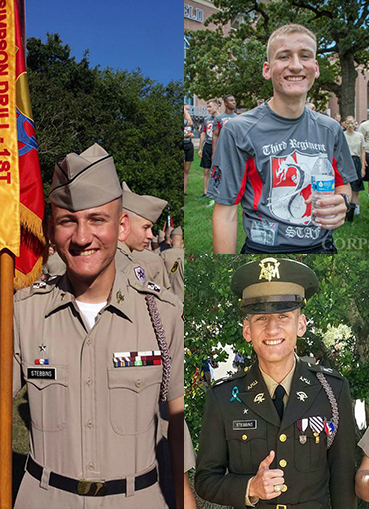 Travis Stebbins ’18 is a Visualization and Computer Science double major from College Station, Texas, and is currently serving as the Third Regiment Sergeant Major. He is the son of Colonel Byron ‘78 and Ann Stebbins.

Travis is also active off the quad. He served as a counselor for an Impact Retreat during the summer of 2015.  He is a member of TAMU ACM SIGGRAPH, an organization for students and professionals in the computer graphics industry.  Travis is also a member of The PB&J Project, an organization that sells sandwiches on campus every Wednesday, and donates all proceeds to Kenya Kids Can.

After graduation Travis plans to attend graduate school to study Visualization or Computer Science, or to find a job working in the animation, video game design, or computer graphics industry.