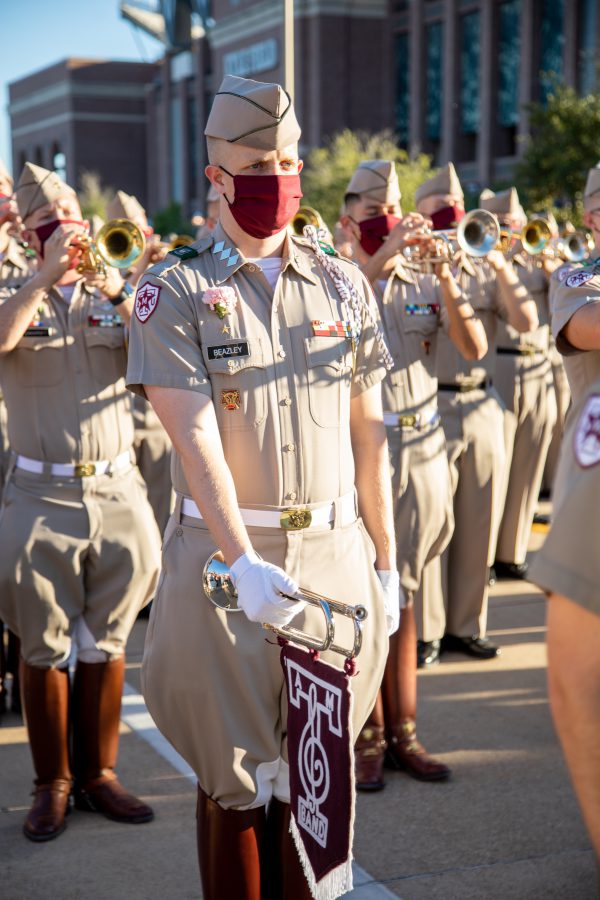 Ross Beazley ‘21 is an Industrial Distribution Major, with a Minor in Business, from Southlake, Texas. Ross is the son of Trey Beazley ’84 and Beth Beazley. He is originally a member of B-Company in the Aggie Band, but currently serves as the Texas Aggie Band Combined Band Commander. He is also a member of the 2020-2021 Bugle Rank.

Ross is an active member of the Aggieland Orchestra, Ross Volunteer Company, O.R. Simpson Honor Society, Nichols’ Rising Leadership Conference, PAID (Professional Association for Industrial Distribution), and several other on-campus organizations. Off the campus, Ross enjoys going to church to worship God with his buddies. As a 4th generation Aggie, Ross says he is “humbled everyday by the opportunity to wake up next to the most incredible individuals on campus.”

Ross is currently unsure of his plans after graduating in May 2021, but he hopes to go to graduate school to continue his education and possibly pursue a career in healthcare administration. We are incredibly proud of Ross and thankful for his dedication to the Corps and the Aggie Band. Best wishes to Ross for a future filled with success and happiness! God Bless, Ross!