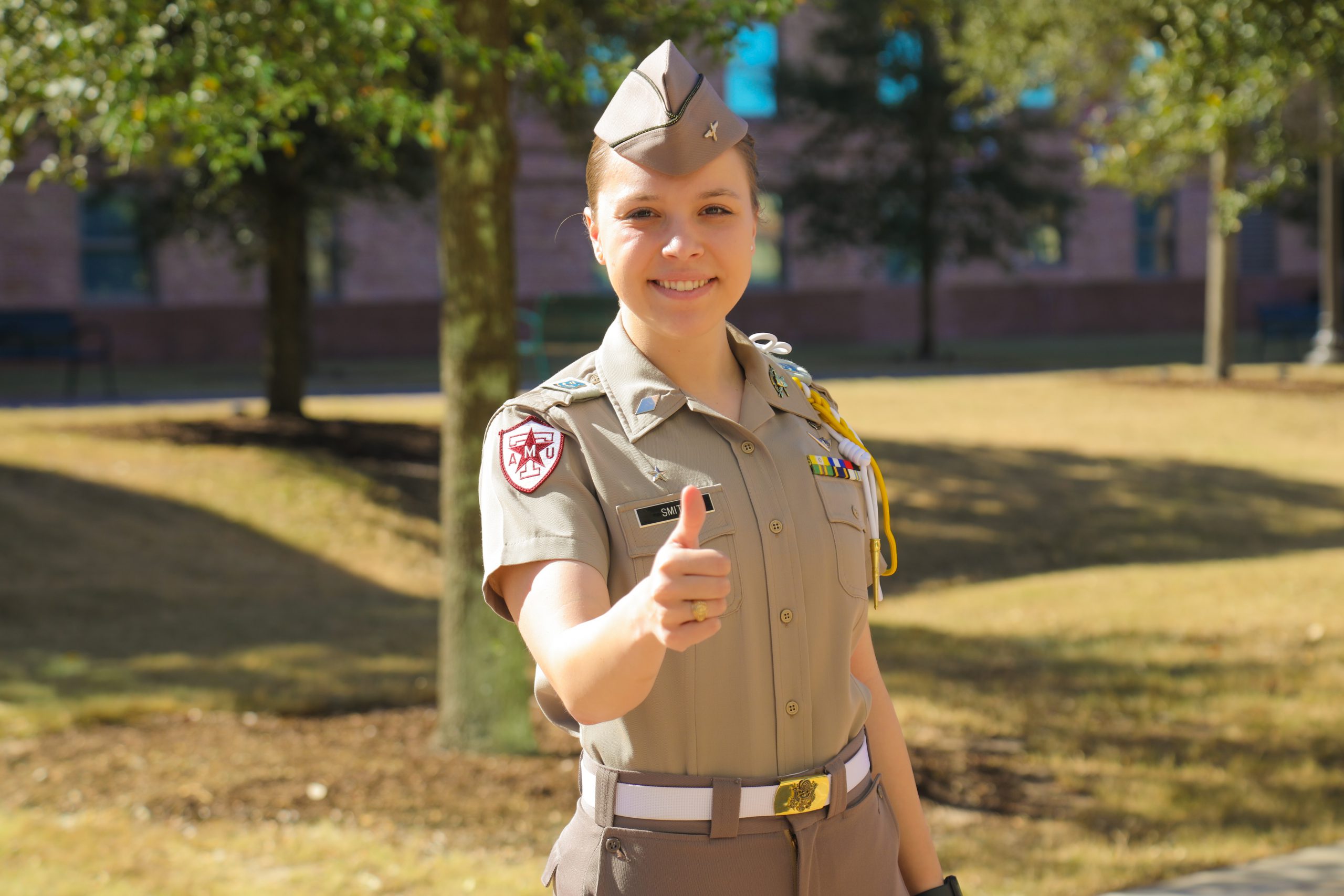 Major: Industrial & Systems Engineering with a minor in Mathematics

Molly Smith ‘22 currently serves as the Air Force ROTC Vice Commander for the Robbins Wing and is a member of the Ross Volunteer Company.

Off the Quad, Molly is a member of the Women in Aviation club, and participates with the Maroon & White Leadership Fellows.

“Since joining the Corps of Cadets, I have become an ethical leader, an invested team player, mentally resilient, and incredibly self-aware. I’ve met life-long friends and a version of me I can be proud of and excited to grow further. As a result of the ROTC requirement, I’ve ventured into a love for aviation and an even greater love for those I get to share this experience with. I’ve lately found myself saying, ‘the best things in my life are the ones that found me.’ I joined the Corps on a whim, found AFROTC as a result, and stumbled upon aviation by accident. The life I’ve found here at Texas A&M is far greater than anything I’ve ever known,” Molly said of her experience with the Corps of Cadets

Upon graduating from Texas A&M, Molly plans to commission into the United States Air Force, where she intends to be a pilot. After retiring from the Air Force, Molly hopes to go to work as an engineer, or open her own chiropractic clinic.