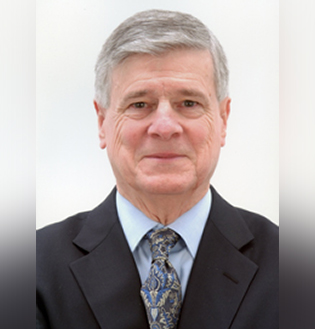 William Heye received his Bachelor’s Degree in Electrical Engineering from Texas A&M and his Masters of Business Administration from Harvard Business School, graduating as a Baker Scholar. He served in the U.S. Air Force for three years as project engineer on electronic systems for photoreconnaissance applications at Griffiss Air Force Base, New York.

Heye was with Texas Instruments, Inc. for 20 years, responsible for TI interests in Dallas, Taiwan and Japan. In Tokyo, he was President of Texas Instruments Asia Ltd. with responsibility for the semiconductor business in Asia Pacific. He was Vice President and General Manager of TI’s Industrial Products Division and later the Consumer Products Division where he started TI’s electronic watch business. He was President and Chief Executive Officer for of SBE, Inc. for 12 years. Located in Silicon Valley, SBE supplied data communication products to the cellular, wireline, and Internet markets. Heye is currently Chairman of Signalogic, Inc. in Dallas.

He has served on the Texas A&M MSC Enrichment Fund Board of Directors, the Center for International Business Studies’ Board of Advisors; the Chancellor’s Century Council; is a past Chairman and founding member of the Corps Development Council and was inducted as a Texas A&M University and The Association of Former Students Distinguished Alumnus in 1991. He currently serves on the President’s Council of Advisors and on the Board of Visitors for the Corps of Cadets.

While a cadet, Heye served as a Corps Sergeant Major and Corps Commander.