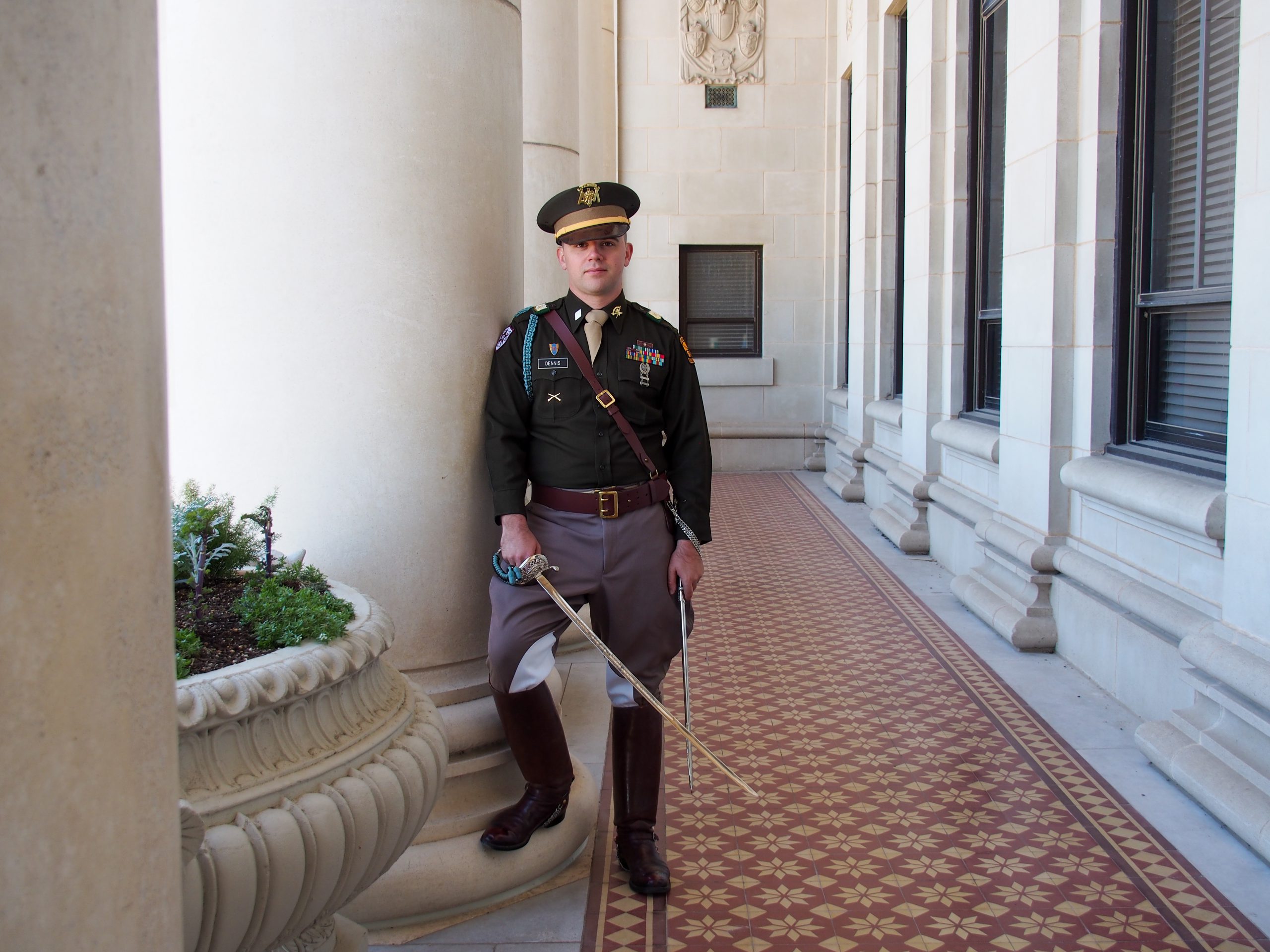 Major: History with a minor in Military Studies

Jesse Dennis ‘22 currently serves as the Commanding Officer for D-Company, the Corps’ designated outfit for student veterans, Jesse previously served as the outfit’s 1st Sergeant. In addition to his position within D-Co, Jesse also serves as the Executive Officer for the Corps’ Cultural Awareness and Diversity Team. In the Fall, Jesse served as the Executive Officer of Army ROTC’s B-Company.

Recently, Jesse completed Army Advanced Camp as the #1 ranked cadet in his platoon.

Off the Quad, Jesse works as a Peer Mentor with Texas A&M’s Pride Center.

“The Corps has made me more prepared for my continued career as a Soldier and given me greater skills in personnel management and workload management,” Jesse said of his time in the Corps.

After graduating from Texas A&M, Jesse plans to commission as an Infantry Officer with the United States Army. Jesse hopes to pursue his master’s degree with hopes of one day working for the Command and General Staff College.