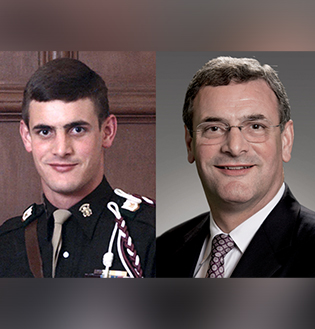 Bob Harvey received his Bachelor’s Degree in Mechanical Engineering from Texas A&M in 1978 and his Master of Business Administration from Harvard Business School in 1982. As a cadet, he served as Corps Commander and later served as Student Body President.

Upon graduation from Harvard, Harvey became active in the Houston business community, first as a management consultant in the Houston office of McKinsey & Company, Inc. for 17 years and then as Vice Chair/Executive Vice President with Reliant Energy. Following Reliant, he served in a number of community volunteer leadership roles.

In September 2012, Harvey became the President and CEO of the Greater Houston Partnership, the primary business organization in the 11-county greater Houston region. The Partnership champions Houston’s economic development, advocates for the business community, and convenes regional leaders on key issues.

Harvey has served on the boards of the Texas A&M Foundation, The Association of Former Students, the Corps Development Council, the President’s Corps of Cadets Board of Visitors and the Chancellor’s Century Council. He and his wife also sponsor the Robert W. ’77 and Vicki E. ’79 Harvey Corps Endowed Academic Fund.