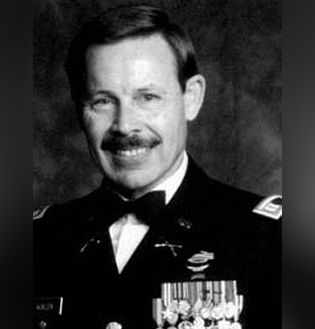 Robert Acklen received his Bachelor of Arts degree in History from Texas A&M. After graduation he was comissioned into the U.S. Army.

He served 32 continuous months in combat in Vietnam, as both a helicopter pilot and infantry company commander and completed the rugged Army Ranger School as an honor graduate. Acklen continued to serve until 1976 when he was medically retired due to his combat injuries.

Returning home to Dallas, he began a lifelong commitment to helping others. Acklen donated his services to help develop the computer system of the St. John’s Ophthalmic Hospital in Jerusalem, and worked with veterans groups, assisting fellow Vietnam veterans and their families, along with other civic organizations. For his work, he received several accommodations, including knight of the Order of St. John and knight of the Order of Saints Maurice and Lazarus.