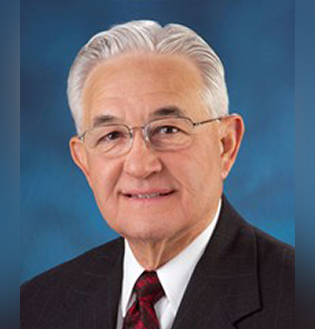 Raul Fernandez received a Bachelor of Science degree in Civil Engineering from Texas A&M. During his time as a student, he was a member of the Corps of Cadets, the Student Chapter of the American Society of Civil Engineers, and was President of the Laredo A&M Hometown Club. Fernandez began his career in 1960 with H. B. Zachry Co. in San Antonio. In 1961 he reported for a two year tour of duty in Germany, U. S. Army Artillery, where he attained the rank of 1st Lieutenant.

Upon his return to San Antonio in 1963, Fernandez was associated with H. B. Zachry Properties and J. H. Uptmore & Associates, where he was promoted to senior vice president in 1985. In 1990, he started his own building, development and real estate investment company.

Throughout his career, Fernandez has been committed to public and higher education in the state of Texas, having served eighteen years as a public school district trustee and on the Texas Higher Education Coordinating Board. In 1990, he was honored with the naming of the Raul B. Fernandez Elementary School in San Antonio’s Northside Independent School District.

Fernandez has been actively involved with Texas A&M, having served as president of the Association of Former Students and the San Antonio A&M Club. He also served as Chairman of the Corps of Cadets Development Council and as Vice Chairman of the Texas A&M University System Board of Regents. He has made over twenty over Muster presentations around the country and in San Salvador, El Salvador.