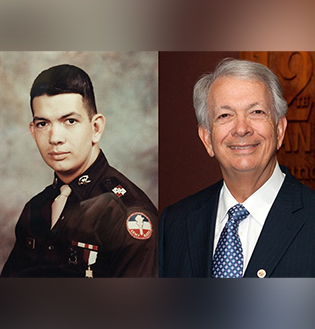 For the past 30 years, Torn and his wife, Susan, have owned and operated Incomparable Camp Ozark, one of the largest residential summer camps in the nation. In addition, he is the Executive Director of two not-for-profit organizations, Camp War Eagle –in Bentonville, Arkansas, and Camp Red Cloud – in Lake City, Colorado.

Torn is the immediate Past Chair of the 12th Man Foundation, coordinated the redevelopment of Olsen Field at Blue Bell Park and is currently serving as chair of the university-wide Kyle Field Redevelopment Committee.

He is the former Class Agent for the Class of ’70, and President of the Association of Former Yell Leaders. Torn was inducted into the Texas A&M Letterman’s Association Hall of Honor in 2013 for his efforts on behalf of Texas A&M athletes. Torn and his wife of 45 years, Susan ’13, have three children and ten grandchildren.