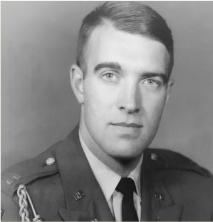 Mr. Paul A. Dresser, Jr. ’64 graduated from Texas A&M with a B.A. with Honors in History and Government. Dresser was a member of Company E-2, Cadet Colonel of the Corps, a Ross Volunteer, and a Distinguished Military Graduate. Upon graduation from A&M, he commissioned as a U.S. Army officer where he commanded a Special Forces camp in Vietnam and was appointed by the President to the White House as Army Aide to the President. In 1970, he earned his M.B.A. from Harvard and joined Badische Corporation. In 1981, Dresser was elected Chief Financial Officer of Chesapeake Corporation and promoted to Chief Operating Officer and Director in 1991 where he served until 1996. Dresser has served on numerous community boards, especially in the fields of healthcare and education. He is the Founding Director of the Williamsburg Community Health Foundation and served on various hospital boards for more than 30 years. A former Rector of the Board of Visitors of the University of Mary Washington, Dresser sponsors scholarships there along with Sul Ross Scholarships at A&M. He is currently involved in the Middle Plantation Club and Meals on Wheels. Dresser is a longtime member of the Texas Aggie Corps of Cadets Association.