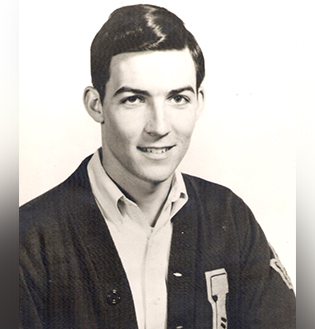 Mr. M. Scott Taylor ’69 graduated with his B.B.A. in Finance from Texas A&M and his J.D. from the University of Houston Bates College of Law. He was a member of Company E-1 and was an officer in the U.S. Army. Mr. Taylor is a board-certified trial attorney and has a distinguished legal career of more than 36 years. In the legal community, Mr. Taylor served as President of the Angelina County Bar Association, Director and Vice-President of the East Texas Trial Lawyers Association, and Chairman of the Area 2-B State Bar Grievance Committee. He is a Life Fellow in the Texas Bar Foundation and a member of the American Board of Trial Advocates. Mr. Taylor is heavily involved in the 12th Man Foundation, serving on the Board of Trustees for seven years, acting as Chairman in 2012, and was a member of the Kyle Field Redevelopment Committee in addition to Athletic Ambassadors and Champions Council. Further, Mr. Taylor has served on numerous community boards including the Angelina County Child Welfare Board for Protective Services, Rotary Club (Paul Harris Fellow), Hospice, and founded Lufkin’s Young Life. He has endowed two Sul Ross Scholarships and is a longtime member of the Texas Aggie Corps of Cadets Association.