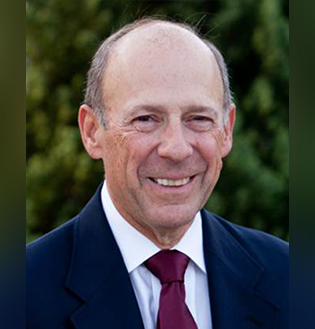 Joseph Tortorice received his Bachelor’s Degree in Marketing from Texas A&M and his Master’s Degree in Business Administration from Lamar University. As a cadet, Mr. Tortorice was the Commanding Officer of First Group Staff, a member of Squadron-1, the Ross Volunteers and was active in Town Hall and the American Marketing Association.

Mr. Tortorice served two years as an officer in the U.S. Air Force prior to moving to the private sector. While working full-time as an accountant, Mr. Tortorice founded Jason’s Deli, opening his first location in Beaumont, Texas in 1976. A true family business, he and his family worked lunches, nights and weekends to develop the business into a successful venture. Three years later, Jason’s Deli became a restaurant chain as Mr. Tortorice opened two additional delis in nearby communities.

In 2005, Jason’s Deli was one of the first restaurant chains to remove partially hydrogenated oils from their food and preparation processes. Still a family enterprise, daughter Ashley ’02 serves as director of customer relations; son Rob ’97 serves as Chief Operating Officer and his other son, Jay ’95, owns 16 Jason’s Deli franchises.