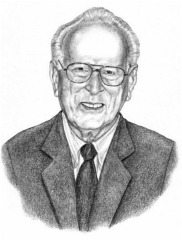 Mr. Allen B. Cunningham ’54 received his B.S. in Electrical Engineering from Texas A&M and his Masters in Electrical Engineering in 1957. While at Texas A&M, he was a member of Squadron 15, Student Electrical Engineering Society, and Dean’s Engineering Council. Mr. Cunningham was awarded the Engineering Faculty Senior Award for Excellence in 1954. Following graduation, he married Jean Miller and served on active duty with the United States Air Force, attaining the rank of First Lieutenant, where he received his first patent for cryptographic equipment development. Following his military service, Mr. Cunningham moved to Houston, TX, where he worked for 30 years in geophysical exploration and research for Exxon. Mr. Cunningham was a Co-Class Agent for the Class of ’54, Legacy Society member of the Texas A&M Foundation, and a member of the Corps Development Council. The Cunninghams funded four scholarships with the hope their contributions would enable others to have the same opportunities they received.