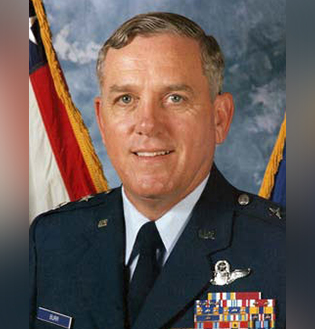 General Hale Burr received his Bachelor of Arts Degree in Economics from Texas A&M and a Master’s degree in International Relations from the University of Arkansas.

During his distinguished 31-year career in the United States Air Force, he served two combat tours in Vietnam War having flown over 500 combat missions and 1,100 combat flying hours.

General Burr’s final assignment before his retirement in 1997 was as the Assistant Deputy Under Secretary of the Air Force International Affairs in the Pentagon, Washington, D.C.