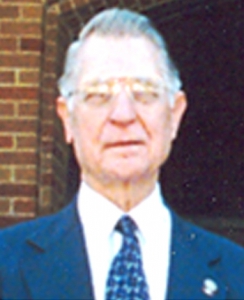 General Johansen was the youngest general to serve as the Army’s Deputy Chief of Staff for Logistics. He graduated from high school in Port Arthur, Texas, in June 1945 and immediately entered the Army. He served in both the Infantry and Ordnance Corps, attaining the rank of staff sergeant at age 19.

At Texas A&M he was an honor student, active in athletics and student affairs, and won a commission as a regular officer upon graduation in June 1950 with a degree in general business. During his career he held command and staff assignments in the United States, Germany, Korea, Japan, and Vietnam.

He also served as director of supply for the U.S Material Command and commander of U.S. Army Aviation Systems Command. Upon retirement from active duty in 1979, General Johansen became president and CEO of the National Industries for the Severely Handicapped. During his tenure NISH grew from a few hundred people to some 20,000. He became a Distinguished Alumnus in 1985.