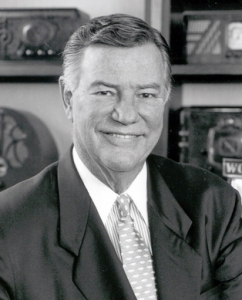 Lowry Mays received his Bachelor of Science degree in Petroleum Engineering from Texas A&M and his Master in Business Administration from Harvard University. After graduation, he served two years as an Air Force officer.

A world leader in broadcasting and advertising, Mays began his career in finance and investment banking in San Antonio. In 1972, he formed Clear Channel Communications, which today is a global leader in the
out-of-home advertising.

He is an Association of Former Students Distinguished Alumnus and the Lowry Mays College and Graduate School of Business on campus is named in his honor.