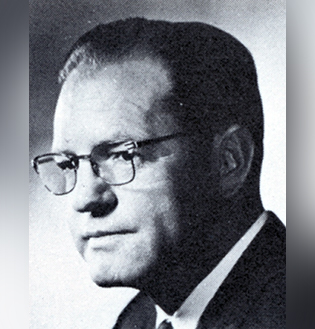 Corps commander, captain of the football team and president of the senior class while at Texas A&M, he graduated in 1933 with a degree in civil engineering. At age 29, he became the youngest city manager of Bryan, serving briefly until he was chosen Dallas city manager, again Mr. Aston was the youngest ever.

Called to active duty with the Army Air Corps in 1941, he rose to the rank of colonel, receiving the Distinguished Service Medal and the Legion of Merit, among other decorations. After World War II he became vice president, president, CEO and chairman of the Board of Republic National Bank of Dallas.

Mr. Aston also served on the Cotton Bowl Council, Dallas Citizen’s Council and as director of the National Council of the Boy Scouts of America. His civic leadership was pivotal in building Dallas-Fort Worth International Airport and the University of Texas Southwest Medical Center. Mr. Aston served as president of the Association of Former Students in 1962 and was named a Distinguished Alumnus in 1976. He was named to the Sports Illustrated Silver Anniversary All-American Football Team. He was generous to Texas A&M with his time and support until his death in 1995.