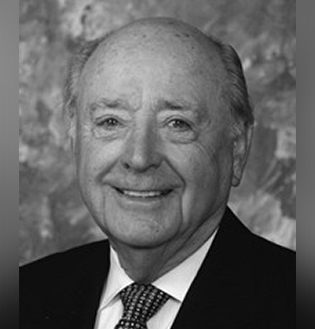 Huffines launched six auto dealerships in the Dallas area and founded two banks and a life insurance company over his career.

He received numerous professional awards, including the General Motors Jack Smith Leadership Award. Named the Lewisville Outstanding Citizen of the Year in 1979, he was inducted into the Lewisville High School Hall of Fame in 1993. Huffines also served as President of the Cotton Bowl Athletic Association and served on the board of the State Fair of Texas.

A Distinguished Alumnus, Huffines was a charter member and President of the Aggie Club (now the 12th Man Foundation) and served on the Chancellor’s 21st Century Council of Advisors. He endowed seven 12th Man Scholarships, established a President’s Endowed Scholarship and was a member of the Lettermen’s Association Hall of Honor.