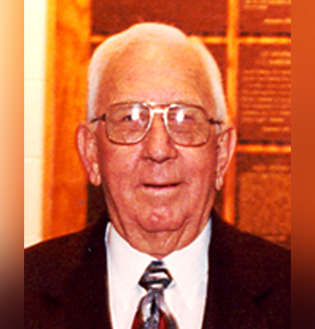 Jack Finney graduated with a degree in business administration. He started his career by buying an operating a small wholesale bakery. Later, he organized a construction company and became a major developer of property. Recognized for his leadership and entrepreneurship, he received an appointment from President Eisenhower to serve as a director on the first Small Business Administration board.

In 1953, he was the youngest person ever to be appointed to the Texas A&M Board of Regents. He has been an enthusiastic supporter of the Corps of Cadets, athletic department and in the establishment of the Oceanography Department. Active in service to his community, Mr. Finney served in Greenville’s city and school governments and Rotary Club. In 1992, the Association of Former Students named Mr. Finney a distinguished alumnus.