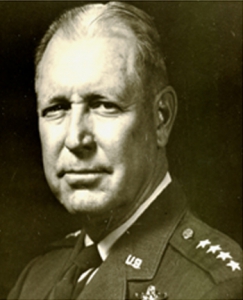 During the course of World War II, he served in six major campaigns. General George Patton acknowledged General Weyland as the best General in the Air Corps. In 1951, General Weyland assumed command of the Far Eastern United Nation’s Air Forces during the Korean War. Subsequently, General Weyland became the first Aggie to hold the rank of four-star general. Retiring in 1959, General Weyland served as director and consultant for several corporations and institutes while residing in Pebble Beach, California. In 1976, he was recognized as a distinguished alumnus.