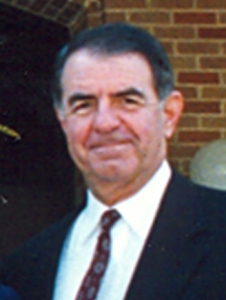 General Ashy is only the fourth Texas Aggie to achieve four-star rank. A distinguished military graduate of Texas A&M, he received a degree in mechanical engineering in 1962. He flew 289 combat missions over Southeast Asia in the F-100 aircraft and accumulated more than 3,500 flying hours in fighter and attack aircraft during his career. He led air units at every level of command from a fighter squadron to major air commands with NATO’s Allied Air Forces Southern Europe; he directed air operations over Bosnia.

Prior to his 1996 retirement, he was “triple-hatted” as concurrent commander of the U.S. Space Command, North American Aerospace Defense Command and Air Force Space Command. The Defense Distinguished Service Metal, Silver Star, Distinguished Flying Cross, Canada’s Meritorious Service Cross and the Vietnamese Cross of Gallantry are among his many military honors. He is a recipient of the National Geographic Society’s Thomas D. White Space Trophy, the national Security Industrial Association’s General James V. Hartinger Space Award and the Order of the Sword from the enlisted men and women of Air Force Space Command.