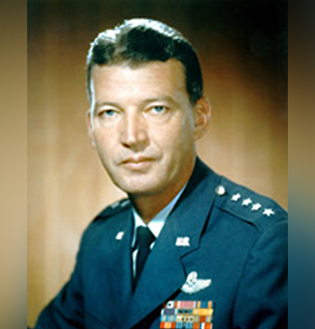 General Schriever participated in seven major campaigns in the Pacific Theater of World War II and was awarded the Purple Heart and Distinguished Service Medal. After the war, he directed the development of the ballistic missile program and the initial space program for the Air Force.

He was awarded honorary, doctoral degrees from seven colleges and universities. General Schriever retired in 1966 as a four-star general and the commander of Air Force Systems Command after a 35-year military career.