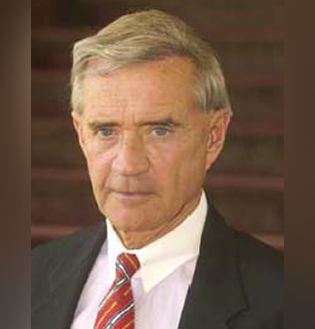 Frank Muller received his Bachelor of Science degrees in English and economics from Texas A&M, graduating as a Distinguished Military Student. He then served eight years in the U.S. Army.

A leader of great personal energy and selflessness, Muller has demonstrated his dedication to Texas A&M and its Corps of Cadets from the start. As President of his sophomore and junior classes and Student Body President, he worked closely with President Rudder during the college’s transition from an all-male military school to a modern coeducational university.

Muller has served as President and General Manager/Owner of several corporations, earning an international reputation of his strong leadership abilities.

He serves on numerous boards, including the Chancellor’s Advisory Council, the President’s Advisory Council, the College of Liberal Arts Development Council and the Corps Development Council. Muller has also funded several endowed scholarships and was among the first to endow one of the General Rudder Corps Scholarships. He was named an Association of Former Students Distinguished Alumnus in 1992 and remains very active with the cadets.

His military awards and decorations include the Silver Star, the Distinguished Flying Cross, five Bronze Stars for valor, the Purple Heart, seven Air Medals for valor, two Army Commendation Medals and the Vietnamese Medal of Honor.