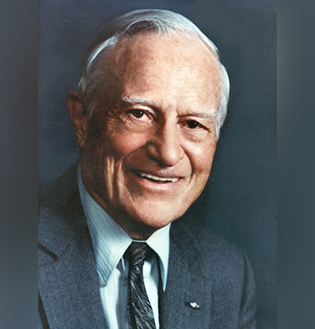 Back
According to Dr. “Sammy” Sanders, “Texas A&M made me what I am today.” He lettered in football, basketball, and track. He went on to achieve success in football and medicine as a founder of the Mid-South Football Officials Association and Head of the Department of Otolaryngology and Maxillofacial Surgery at the University of Tennessee College of Medicine. His love for the Corps was expressed shortly before his death when he became the principal donor for the construction of the Corps of Cadets Center, now known as the Sanders Corps of Cadets Center.