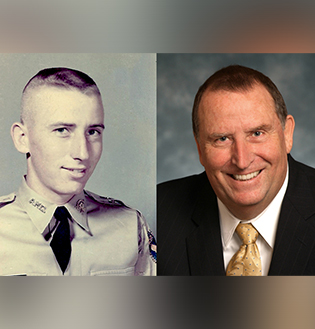 After graduation from Texas A&M, Townsend taught high school and college in Iowa before returning to College Station in 1984. He served as the Associate Dean for Students in the College of Agriculture and Life Sciences and Associate Vice President for Students, respectively.

In 1996, Townsend received the Texas A&M John Koldus Student Services Award. He and his wife, Dr. Christine Townsend were selected to the Hall of Honor for the Texas A&M Letterman’s Association in 2011.

The Dr. Joe D. Townsend Leadership Fellows Program was established by Christine in honor of her husband through a $25,000 gift to the Texas A&M Foundation in 2009.