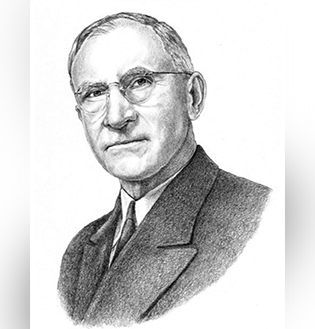 Dean Edwin Jackson Kyle received a B.S. in Horticulture from the A&M College of Texas in 1899. He received a B.S.A. and M.S. in Agriculture from Cornell University in 1901 and 1902, respectively. Dean Kyle served as senior captain, class president, president of the YMCA, valedictorian, and as interim Corps Commandant—the only cadet to do so. Dean Kyle served as the first dean of the School of Agriculture in 1911. Dean Kyle also served as Chairman and member of the Athletic Counsel for 24 years. In 1905, Dean Kyle acquired the land and purchased the lumber and materials for what would become the football team’s permanent venue. Thereafter, the football field became known as Kyle Field. During his tenure, Dean Kyle earned the moniker “Mr. A&M” as a reflection of his devotion to the school and the cadets. In 1945, President Franklin D. Roosevelt appointed him U.S. Ambassador to Guatemala, where he received its highest decoration, The Order of the Quetzal.