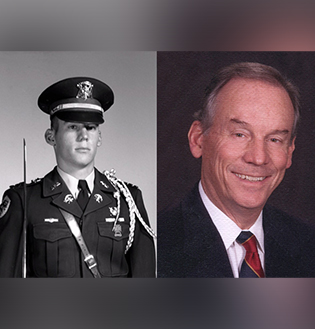 David Anderson received his Bachelor’s Degree in Aerospace Engineering from Texas A&M. He received an athletic scholarship to attend Texas A&M and was a member of the Fish Football Team. As a cadet, he was a member of A-Athletics, Company G-1, Ross Volunteers, Town Hall, Who’s Who, and served as Athletic Sergeant on Corps Staff, First Brigade Commander, and President of the Senior Class.

Anderson served two years on active duty as a First Lieutenant in the U.S. Army Intelligence Branch and then transitioned to the private sector. Since 2003, Anderson has been the Chief Executive Officer of Anderson Partners, a firm he formed which provides senior-level executive search and related management consulting services. Previously he served in various management positions for Heidrick & Struggles, Inc., an international executive search consulting firm. While there, he was elected to the Board of Directors.

Anderson is the current Chairman of the President’s Board of Visitors for the Corps of Cadets and has served on the Development Council for the George Bush School of Government and Public Service. He is also a member of the A&M Legacy Society and the Chancellor’s Century Council. Anderson and his wife, Linda, have established a Sol Ross Corps Scholarship and a General Rudder Corps Scholarship.