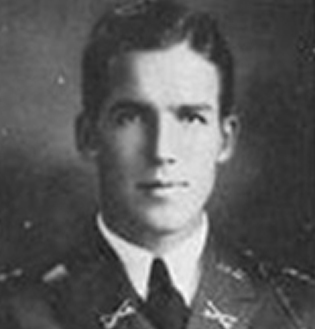 Colonel Thomas Dooley graduated with a degree in Agricultural Engineering in 1935. He was a Ross Volunteer and Head Yell Leader.

When the Japanese attacked the Philippines in 1941, he distinguished himself in action as Aide-de-Camp to General Jonathan Wainwright and was awarded the Silver Star. Col. Dooley continued serving with Wainwright through the Corregidor and Bataan campaigns; was captured and held as prisoner of war for 3 years.

His military career ranged from combat commands to Army Attaché in Prague, Czechoslovakia, with his final assignment being Chief of Staff and Deputy Post Commander at Fort Knox, Kentucky.