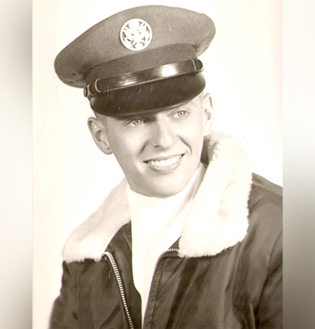 Colonel Robert D. “Danny” Barr ’68 received his B.B.A. in Finance from Texas A&M and his Masters in Management and Supervision from Central Michigan University in 1977. He was a member of Squadron 11 and served as Guidon Bearer. Upon graduation Col. Barr commissioned into the U.S. Air Force and attended undergraduate pilot training at Laredo AFB, TX. During four years of flying the C-141A, almost exclusively to Vietnam, he carried Bob Hope on two USO tours. Col. Barr flew three Operation Homecoming trips to Hanoi, Vietnam, repatriating POWs. After one year in Ubon, Thailand, he was assigned to the 89th Military Airlift Wing at Andrews AFB, MD, where he remained for 23 years of his 29-year Air Force career. In 1980, he was assigned to the Presidential Aircrew as pilot and Deputy Presidential Pilot for Presidents Jimmy Carter and Ronald Reagan. In 1989, he was named the 10th Presidential Aircraft Commander for Presidents George H.W. Bush and Bill Clinton. He served as lead representative for the Air Force and White House Military Office for the acquisition of the current Air Force One Boeing 747-200 aircraft, 28000, and 29000. Col. Barr has not only flown four sitting presidents and first families, but also Queen Elizabeth II, King Hussein of Jordan, and many more dignitaries. He was named a Distinguished Alumnus of Atlanta High School. Col. Barr is a longtime member of the Texas Aggie Corps of Cadets Association.