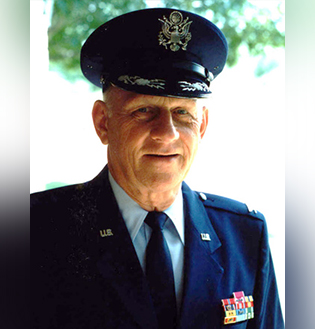 Colonel Harvey Haas received his Bachelor’s Degree in Civil Engineering from Texas A&M. He graduated as a Distinguished Military Student and was one of the few in his class who received a regular commission in the United States Air Force.

His personal awards include the Bronze Star, Legion of Merit, four Meritorious Service Medals, six Air Force Outstanding Unit Awards, one with the Valor device and selection as the PTA Teacher of the Year of Canyon Middle School in 1991. Retiring from the Air Force in 1985, he continued to teach and mentor students as a math teacher in a middle school and later became a successful home builder.