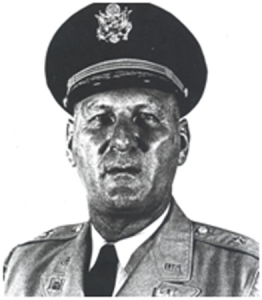 He joined the Texas A&M engineering faculty in 1938 and was called to active duty as an Army artillery officer in 1941, serving with the 11th Airborne and 32nd Infantry Divisions in the Pacific. General Simmang earned two Bronze Star Medals and the Purple Heart. After World War II, he returned to the Texas A&M faculty and, in 1952, earned a doctorate in mechanical engineering from the University of Texas.

He served as head of Texas A&M’s Mechanical Engineering Department in 1955 and received the American Society of Mechanical Engineers Exemplary Service Award in 1960. General Simmang continued his military career while at Texas A&M, rising to the rank of Brigadier General in the U.S. Army Reserve and commanding the 420th Engineer Brigade from 1960-1966.