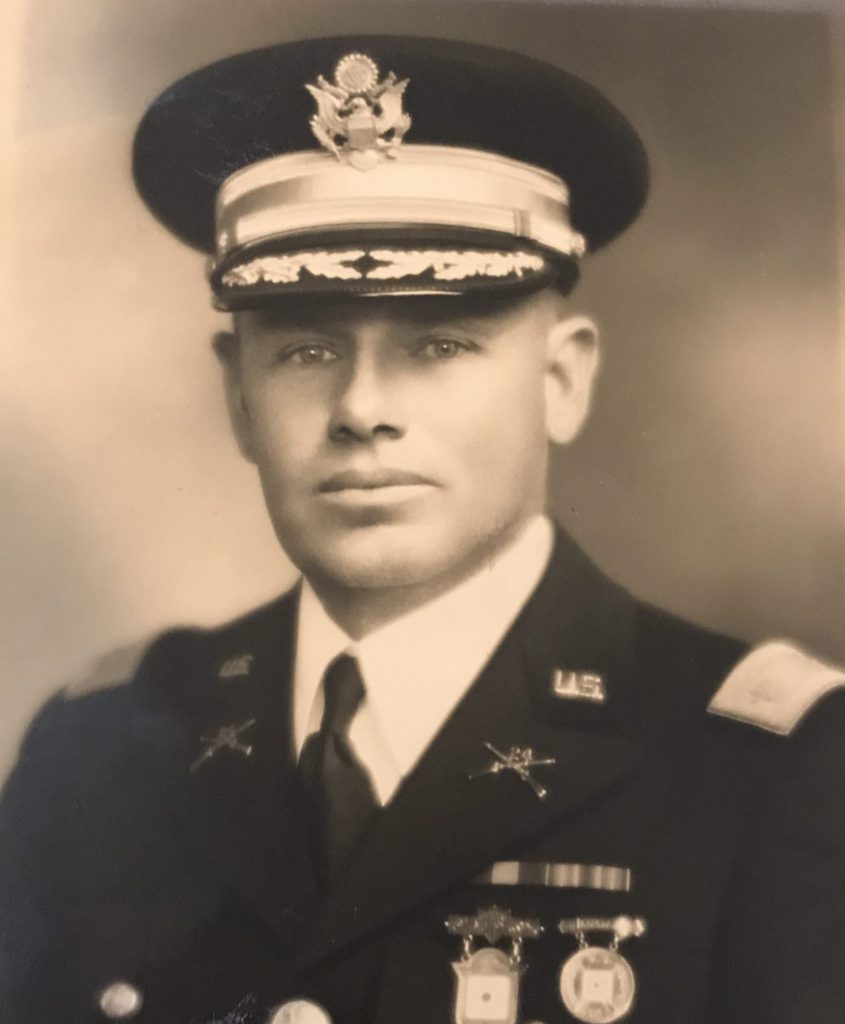 Easley 1916 enrolled in Texas A&M as a 2nd Lt while in the Texas National Guard. He was commissioned as a 2nd Lt in the U.S. Army after graduation in 1916 and received his degree in Architectural Engineering. He served as 1st Sgt of Company G and on Regimental (Corps) Staff. Easley was a Ross Volunteer, Business Manager for the 1916 Longhorn, and President of the Senior Rifle Club. He served with General “Black Jack” Pershing’s Expedition to Secure the Texas Border and attended Infantry School, Command and General Staff School, and the U.S. Army War College. Easley was Captain of the Infantry Rifle and Pistol Teams and was Army World Champion Marksman. He served as General Staff in the War Department, Deputy Commander of the 96th Infantry Division, fought on the Island of Leyte, and in the Battle of Okinawa. He was killed on the 81st Day of the 82-day campaign and awarded the Legion of Merit, Silver Star, Two Purple Hearts, and an Honorary Degree of Doctor of Law From Texas A&M.