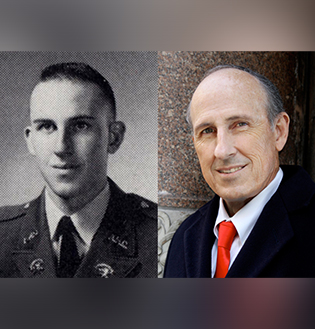 McFerrin began his career in 1967 with Shell Chemical, before moving into independent business in 1972. In 1975 he founded KMCO, a chemical processing and manufacturing company, and in 1990 established KMTEX, a high-volume distillation company. He added South Coast Terminals in 1995 and is a partner in several other chemical processing plants.

McFerrin has served Texas A&M as chairman of the Chemical Engineering Advisory Board and on the President’s Corps of Cadets Board of Visitors. He has also served on the 12th Man Foundation Board of Trustees, serving as Chairman, Texas A&M Research Foundation, and the Engineering School Advisory Council. In 2005, McFerrin established an endowment to support Texas A&M’s Department of Chemical Engineering, which now bears his name.

His many contributions to Texas A&M are visible throughout the campus in ten other facilities. Additionally, he has been part of the Distinguished Visiting Executive Series at the George Bush School of Government and Public Service. McFerrin was named an Outstanding Alumnus of the Department of Chemical Engineering in 1998, The Association of Former Students Distinguished Alumnus in 2008 and the Dwight Look College of Engineering Outstanding Alumni Honor Award in 2013.