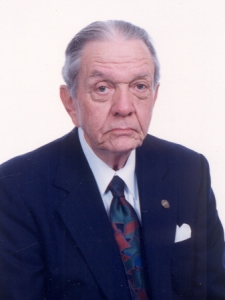 A.W. Davis enlisted in the Army in 1942, serving in Europe and earning the Bronze Star. He completed his Bachelor’s Degree in 1948.

Davis served in the Texas National Guard, attaining rank of major and received his law degree from SMU in 1950.

He founded the firm of Davis &Davis, and served on the Bryan City Commission. Davis was a former President of the Brazos County Bar Association and life fellow of the Texas Bar Association.

He served as the President of The Association of Former Students in 1983. Named a Distinguished Alumnus in 2003, he was a benefactor of a Sul Ross Endowed Scholarship. Davis was instrumental in the creation of the Sanders Corps of Cadets Center and the Alumni Center.