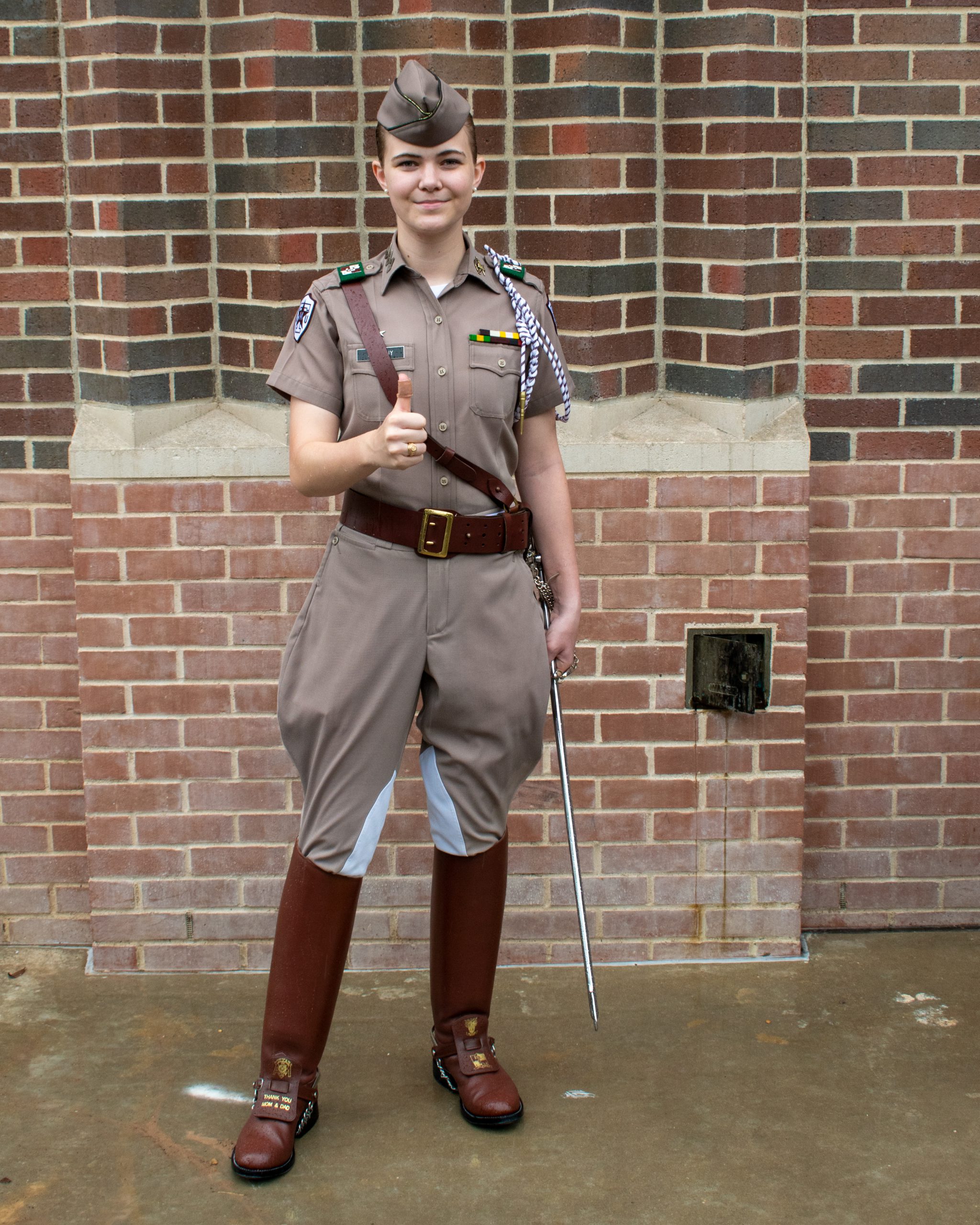 Haylee Konecny ‘22 is currently the Third Regiment Commander, and a member of the Ross Volunteer Company.

Previously, Haylee was the first female guidon bearer for Company P-2. Prior to being named the Third Regiment Commander, Haylee was the major unit’s Sergeant Major. Along with her Corps activities, Haylee has managed to achieve an impressive 3.74 overall GPA.

Haylee is involved in a number of activities and organizations, including Catholics On The Quad. She is also a member of the Saint Mary’s Catholic Center’s choir.

“My favorite part about the Corps is the relationships I’ve formed and the counsel I’ve been
gifted as a result. Many cadets have guided me to where I am now, and I can only hope to be that same positive influence to those that come after me,” Haylee said of her experience in the Corps.

Upon her graduation from Texas A&M in December of 2022, Haylee plans to work in research and development in the medical field.