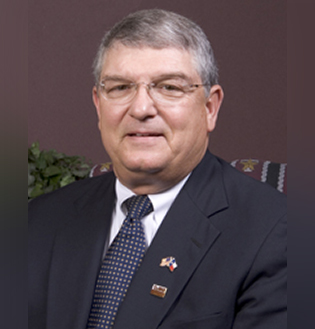 Neal Adams received his Bachelor of Business Administration in Marketing from Texas A&M University. While in the Corps, he was in Companies D3 and D2, served his senior year as Adjutant for the Second Brigade and Head Yell Leader and was as a member of the Student Senate. In 1970, Adams obtained his Juris Doctor from Baylor University School of Law. He was a 1st Lieutenant in the U.S. Army and served as Trial Counsel for Headquarters Command in Fort Jackson, South Carolina, earning the Army Commendation Medal For Meritorious Service and being honorably discharged in 1972.

Adams resides in Euless, Texas and has been practicing law in Tarrant County, for more than 39 years and is the President of the law firm of Adams, Lynch & Loftin, P.C. located in Grapevine, Texas. He and his wife, Sonja, a retired third grade teacher, have two daughters: Marti Morgan ‘93, CPA with Accenture in Irving, Texas; and Paige Adams, a Registered Case Study Nurse at Medical City Hospital in Dallas, Texas. Adams is a past President and member of the Board of Trustees of the Hurst-Euless-Bedford Independent School District; past member of the Board of Managers of the Tarrant County Hospital District; past President of the Hurst-Euless-Bedford Chamber of Commerce and current member and past President of the Mid-Cities Rotary Club.