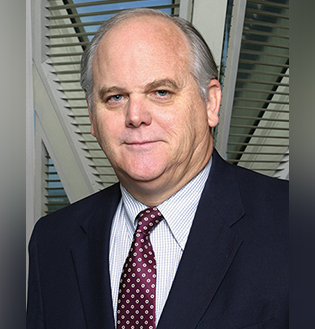 John A. Adams, Jr. ’73 received a Bachelor’s Degree, Master’s Degree and Ph.D. in History from Texas A&M. He also completed the Southwestern Graduate School of Banking at Southern Methodist University and holds Certified Economic Developer (CED) credentials. Adams was a Captain in the United States Air Force and served as President and CEO of Enterprise Florida Inc., which is the only public-private statewide economic development organization in the nation.

Adams served as a delegate to the General Agreement on Tariffs and Trade negotiations in Geneva, an advisor to the World Trade Organization, Chairman of the Industry Sector Advisory council for trade policy review at the U.S. Department of Commerce and has provided Congressional testimony on U.S.-Mexico border infrastructure issues.

He was an Adjunct Professor of International Banking and Finance at Texas A& M International University in Laredo, Texas. Adams is the author of several books on Texas A&M and the Corps of Cadets, We Are the Aggies, Softly Call the Muster, Keepers of the Spirit and co-author of Texas Aggies Go To War as well as many other books on international trade, economic development and history.

As a cadet he was Commander of Squadron One and a Ross Volunteer.