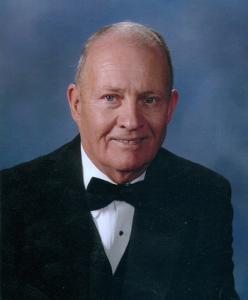 James Kelley credits the Corps of Cadets for the basis of success in his life.

He received his Bachelors Degree in Business Administration and commissioned as an Army officer, serving during the Korean Conflict.

Mr. Kelley was a successful business owner and corporate leader in the insurance and banking industry. He had served in several leadership positions in support of Texas A&M, including Chairman of the Corps Development Council, on the Board of Directors of the 12th Man Foundation, and on the College of Business Development Council.

He personally spearheaded and largely financed the permanent reviewing stand on Simpson Drill Field, which bears his name.

Kelly was a multiple scholarship donor and an Endowed Diamond Century Club member of The Association of Former Students.