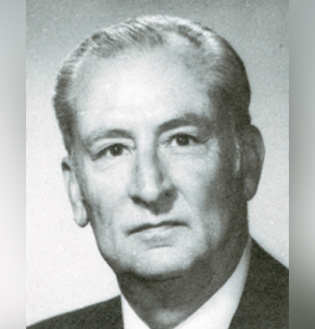 A true Aggie in every sense of the word, Harvey Cash worked his way through Texas A&M and graduated in 1933 with a B.S. in electrical engineering. He retired as vice president of the Eastern Hemisphere for Texaco Oil Company in 1969, following a 32-year career.

Cash was a trustee of the American University of Beirut (Lebanon) and served as president of Texas A&M’s Association of Former Students in 1978. In 1984, he and his wife, Mary, conceived the idea for the Endowed Diamond Century Club and created the first endowment in that program. His strength and vision were guiding lights in the planning and building of the Sanders Corps of Cadets Center. He was named a distinguished alumnus of Texas A&M in 1980.