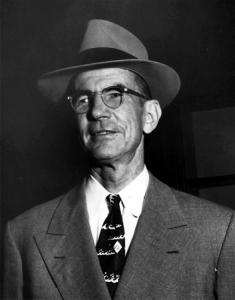 In 1924 founded the San Antonio-based H.B. Zachry Company. Over the next 60 years, he built it into an international construction firm with subsidiary businesses in oil and gas, aggregate production, concrete manufacturing, modular construction and ranching.

Mr. Zachry was President and Chairman of the Board of the company and it was the firm that constructed the upper decks at Kyle Field in 1979, the chancellor’s house and the modular dormitories. Two A&M facilities — the campus’ Zachry Engineering Center, which houses many of the office, laboratories and classrooms of the College of Engineering, and the Texas Engineering Extension Service’s training center in San Antonio-are named for him. Outside Texas, Mr. Zachry’s company built part of the Alaskan pipeline, laid roads in Peru and Chile, erected dams in the United States and Canada and ventured into the Sinai to construct modular housing for peacekeeping troops.

He also made a major impact on education in Texas, serving as Alamo Heights school board chairman and a member of the Texas A&M Board of Regents. Mr. Zachry’s personal contributions to Texas A&M enabled more than 1,000 students to attend the university through scholarships in which he insisted on anonymity. He was named an Association of Former Students Distinguished Alumnus in 1964. He and his son Bartell Zachry, Jr. ’54 are the only father-son recipients of the Distinguished Alumnus Award. The H.B. Zachry Engineering Center on campus is named in his honor.