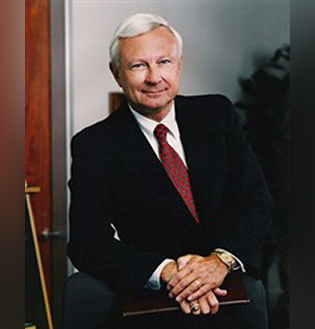 Aldridge’s distinguished 42-year career in the aeronautics field included 18 years of service in the Pentagon under three separate presidential administrations. He served as the director of Planning and Evaluation, as Under Secretary and then Secretary of the Air Force, and finally as the under Secretary of Defense for Acquisition, Technology and Logistics.

He served as President of McDonnell Douglas Electronic Systems Company and President and CEO of The Aerospace Corporation. Aldridge was elected to the National Academy of Engineering, presented the Wright Brothers Memorial Trophy by the National Aeronautic Association and has been a volunteer and contributor to dozens of educational and non-profit organizations.