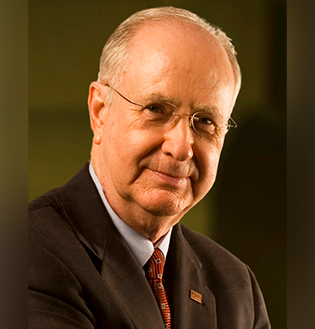 Dr. Ed Davis ’67 received a Bachelor of Science in Agricultural Journalism, a Master’s Degree in Educational Administration and a Ph.D. in Higher Education Administration from Texas A&M.

He is a tenured professor of educational administration at Texas A&M and has also served on the faculty at North Texas. He retired as a colonel in the Army Reserve, having served four years on active duty including a tour in Vietnam with the 173rd Airborne Brigade.

Davis is a member of the Endowed Diamond Century Club, the 12th Man Foundation Advisory Board and the A&M Legacy Society.

As a cadet, Davis served as Commander of the Corps. He has held offices in local A&M Clubs, The Association of Former Students, the 12th Man Foundation and the Corps Development Council.