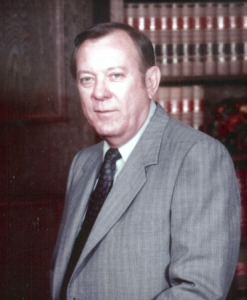 Clifford Taylor received his Bachelor Degrees in both Business and Accounting from Texas A&M. He served as an infantry officer during the Korean Conflict, earning a Bronze Star medal for valor in ground combat.

Named co-trustee of the Ella C. McFadden Charitable Trust in 1965, the Trust has grown to more than $20 million.

Income from this trust has made significant impacts on academic scholarships and other important initiatives at Texas A&M for more than 30 years.

Taylor is a charter member of the Corps Development Council and was inducted into the A&M Letterman’s Hall of Honor in 1992. He is a Past President of the 12th Man Foundation and served on the President’s Council of Advisors.