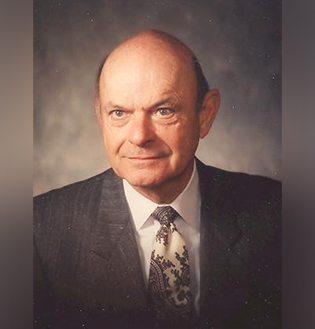 Charles A. Mattei ’49 received a Bachelor of Science in Mechanical Engineering from Texas A&M. He began his career with the Gulf Oil Corporation in 1949 and retired in 1985 after 36 years of service, which included Vice-President of the Southern Region. Mattei then joined CITGO Petroleum Corporation as Vice-President and also Chairman/CEO of both Cit-Con Oil Company and Cato Oil Company, subsidiaries, until his second retirement in 1996.

In 2009, he was selected by the Houston A&M Club as Outstanding Houston Aggie. Mattei has supported the Corps with several Sul Ross and Rudder scholarships, individually, with the Class of ’49 and the Sul Ross Group. Along with his wife Bettie, they permanently funded the installation of concrete plaques in front of Duncan Hall awarded to the Corps outfits since the 1920s as Intramural Champions.

Mattei’s civic activities include Past President of Rotary, Boy Scouts Century Club, and 10 years on the Labor Day MDA Telethon with Jerry Lewis.