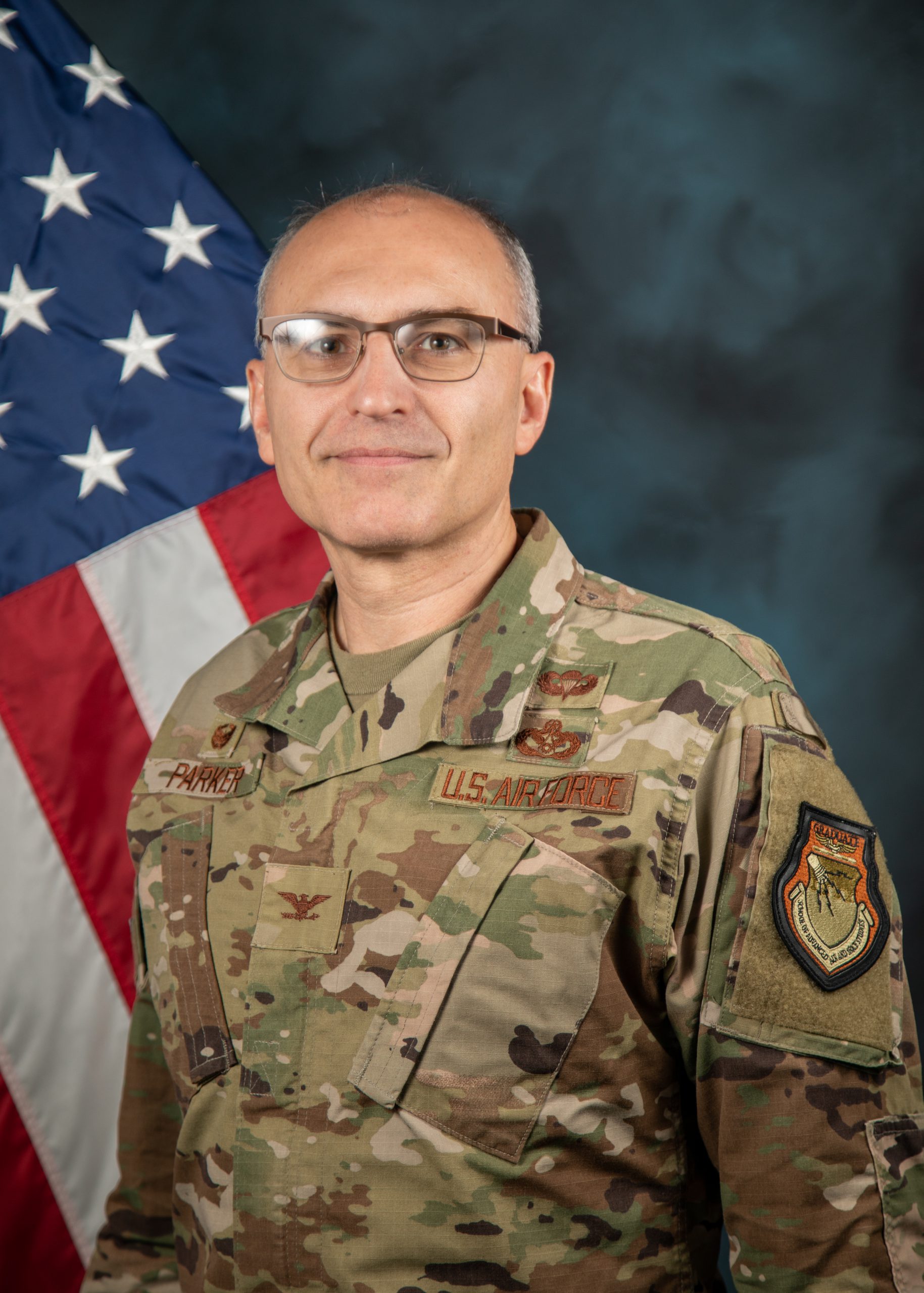 Col Kevin L. Parker is the Commander of AFROTC Detachment 805, Texas A&M University. The Detachment is the largest in the nation with over 700 cadets enrolled in the fall each year. It is one of the nation’s oldest AFROTC programs, having been established in the early 1920s as one of four Air ROTC units. Detachment 805 has a long and proud lineage of producing the highest quality officers for the United States Air Force that includes 8 of the 9 Texas A&M Four-Star Generals. Today, the detachment commissions officers into the Air Force and Space Force.

Col Parker entered the Air Force in 1996 as a ROTC distinguished graduate from Texas A&M University. His experience includes headquarters tours at the Air Staff in Washington D.C. and major command levels, career broadening as an Officer Training School instructor, and command of two squadrons and a group. He served as the Base Civil Engineer in three overseas assignments, including Ramstein Air Base Germany, where he led 1,200 engineers to provide, protect, and sustain an $11.8 billion physical plant to support the 86th Airlift Wing’s rapid air mobility and strategic partner missions. He has deployed to Saudi Arabia, Iraq twice, and the Kyrgyz Republic. He is a registered Professional Engineer in North Carolina.

Prior to his current position, Colonel Parker was the Associate Dean of the Air Force Cyber College, Maxwell Air Force Base, Alabama. 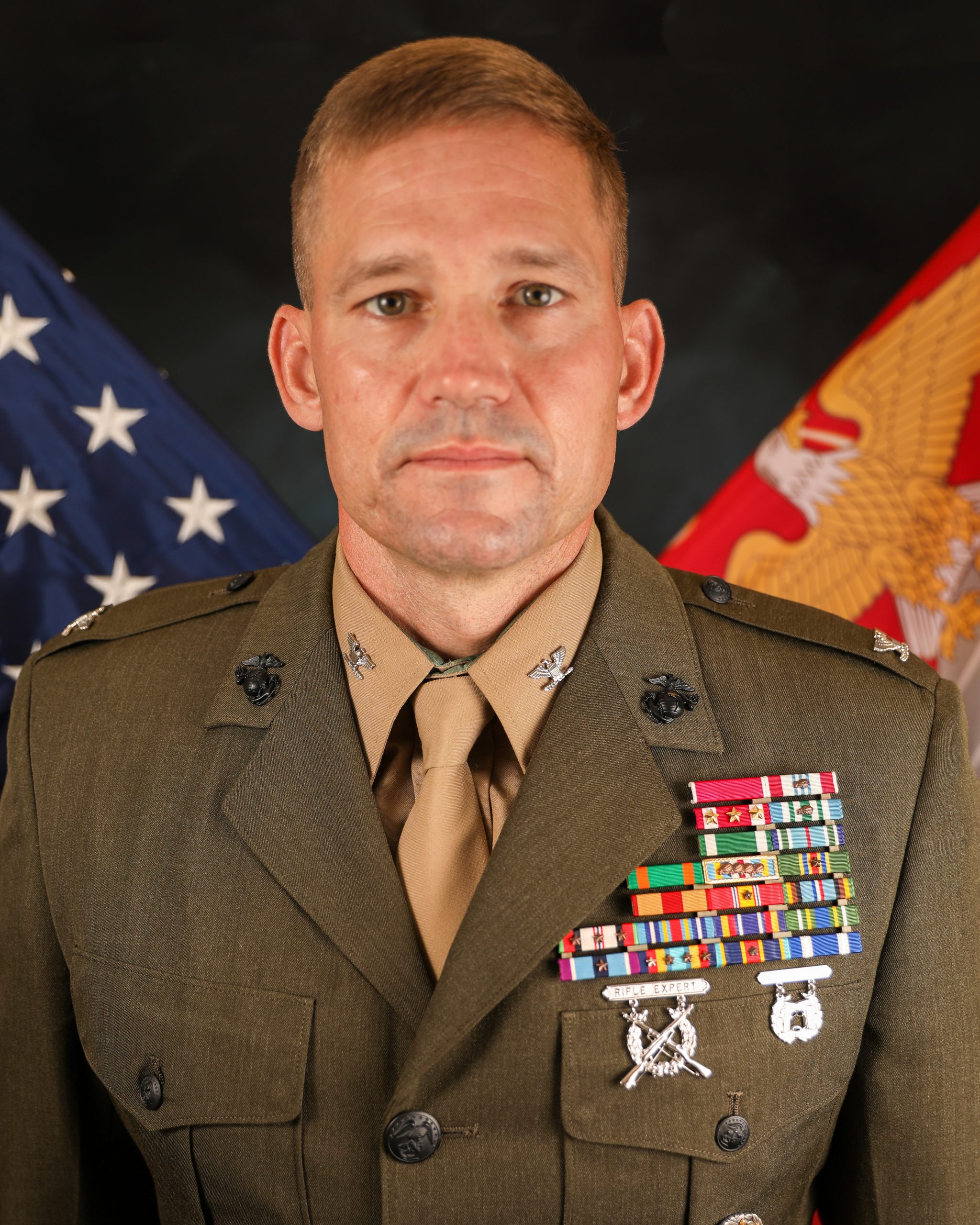 Back
Professor of Naval Science

Col. Michael D. Reilly ‘94 graduated from Texas A&M with a bachelor of science in Economics, and later earned a master’s degree in ancient history from American Military University (AMU) as well as a master’s degree in strategy and joint campaign planning from the Joint Advanced Warfighting School (JAWS). Col. Reilly has served over 26 years of activity duty as a US Marine Corps Officer in all three Marine Expeditionary Forces serving as an Infantry Officer, Intelligence Officer, and Planner. He has commanded at the Platoon, Company, Battalion, and Installation levels with two combat deployments to Afghanistan and was stationed in Japan for seven total years. Currently, Col. Reilly serves as the Professor of Naval Science/Commanding Officer of the NROTC Unit at Texas A&M. 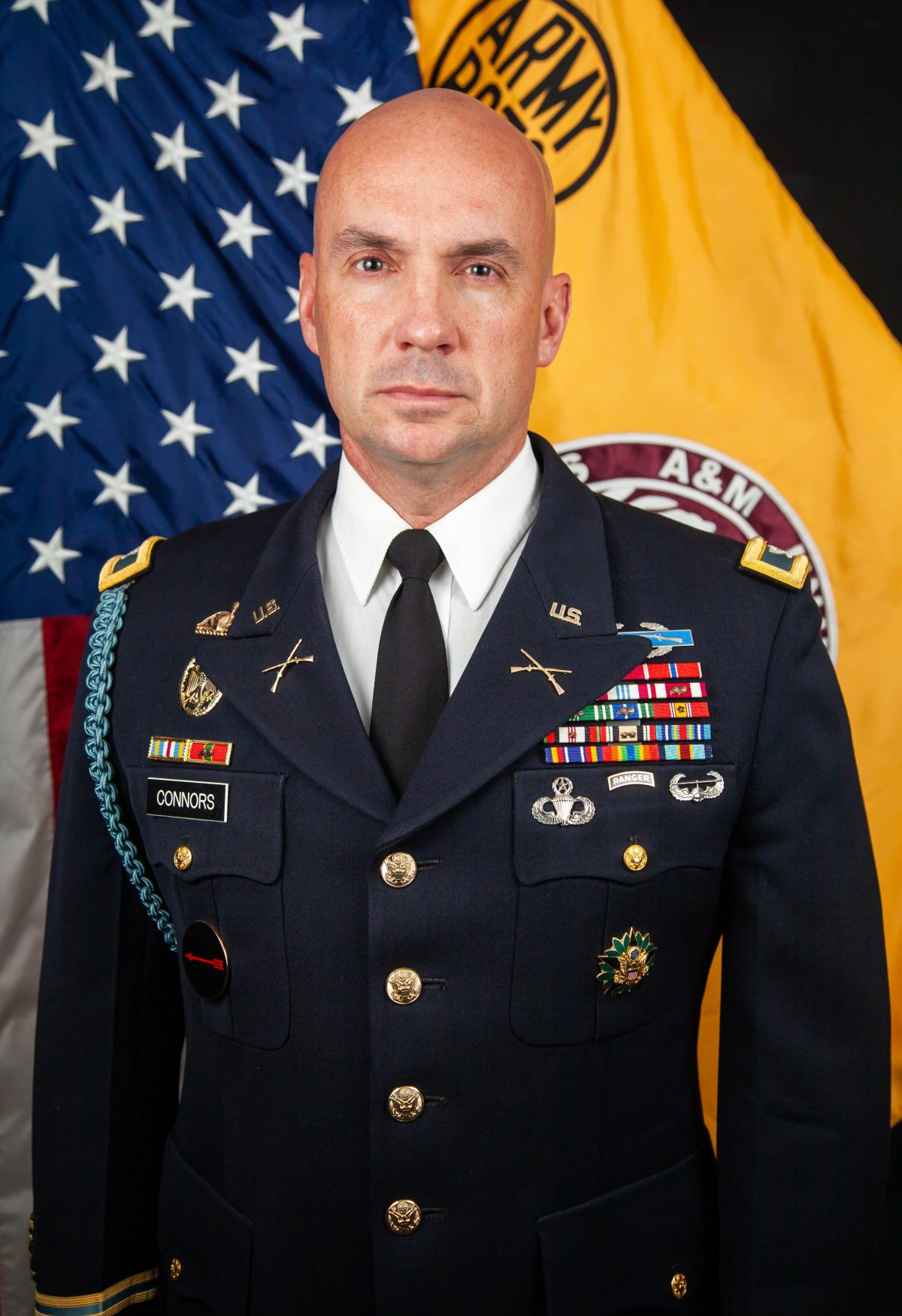 Back
Professor of Military Science

Colonel Blake Connors is a career infantry officer with over 26 years of service and currently serves as the Professor of Military Science at Texas A&M University.

He has served in mechanized, airborne and light infantry units throughout his career. He has operational experience with multiple tours in support of the Global War on Terrorism. He has commanded at the battalion level in both the Asymmetric Warfare Group from 2009 to 2012 and the 3rd US Infantry Regiment “The Old Guard” from 2013 to 2015. From 2015 to 2016, he served as the Chief of Operations for the Combined Joint Task Force-Operation Inherent Resolve at Camp Arifjan, Kuwait. His most recent assignment was with the Canadian Army serving as Deputy Commander for the Canadian Army Doctrine and Training Centre in Kingston, Ontario.

He was a Distinguished Military Graduate from Norwich University with a Bachelor of Arts degree in Government and Military and has a Master of Liberal Arts from Louisiana State University. He is also a graduate from the senior college of the Defence Academy of the United Kingdom, the Royal College of Defence Studies in London, England.

Colonel Connors is married to Alison Connors, Pharm.D. who has supported him throughout his career.