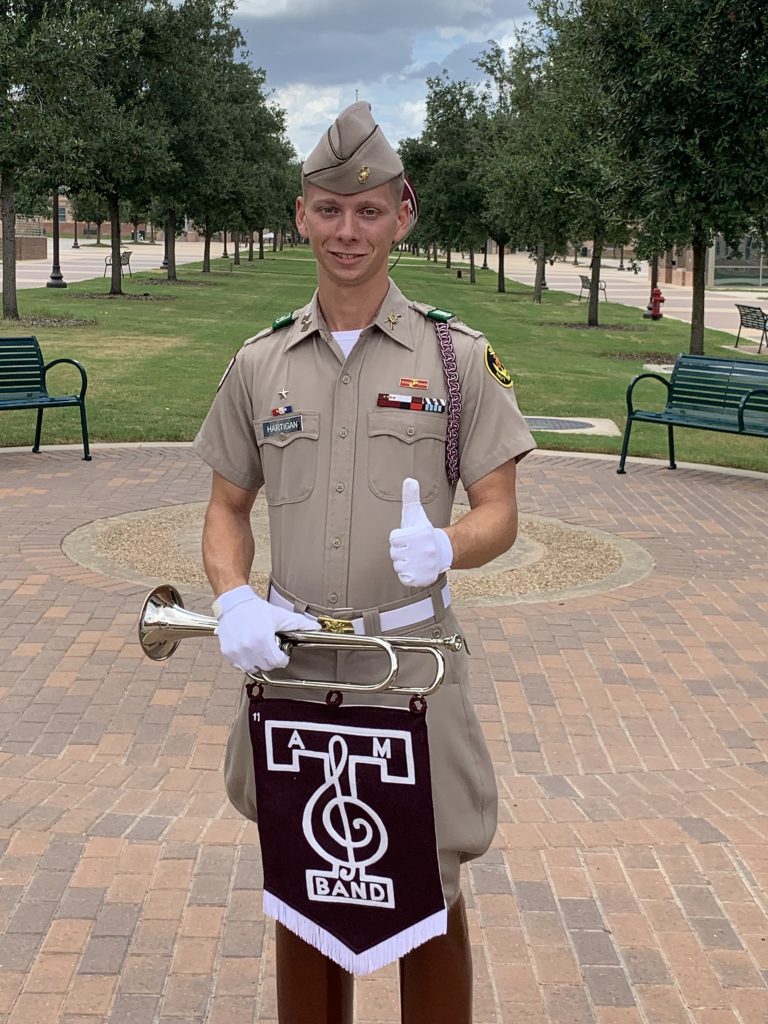 Campbell Hartigan ‘22 is an Aerospace Engineering major from Richardson, Texas. Originally a member of C-Company in the Fightin’ Texas Aggie Band, Campbell now serves as the Infantry Band Commander.

Campbell also serves on the Fightin’ Texas Aggie Band’s Bugle Rank. As a freshman, Campbell was a member of the Fish Drill Team, and served as an advisor his sophomore year. Campbell is currently pursuing a Marine option contract and completed Officer Candidate School with the United States Marine Corps last summer.

Off the Quad, Campbell enjoys working with the Vehicle Systems and Controls Lab where he is involved with hardware integration, flight test operations, and the online near real-time system identification project. He also participates in the Air-Ground Coordinated Teaming project, sponsored by Army Futures Command. Campbell is also an active member of the A&M United Methodist Church.

Upon his graduation from Texas A&M in December of 2022, Campbell plans to commission as a 2nd Lieutenant in the United States Marine Corps and attend The Basic School in Quantico, Virginia. While he hasn’t identified a specific career path, his interest include artillery, unmanned aircraft systems, and intelligence in the Marine Corps.

We are very proud of Campbell and his accomplishments, both on and off the Quad. We are excited to see all of the things that he will achieve in his future endeavors. Good luck and Gig ‘Em, Campbell!