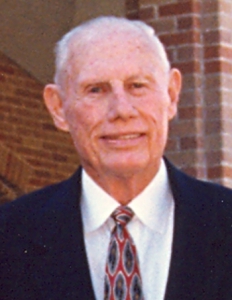 A.P. Wiley attended Texas A&M twice; once before his service in World War II and again after the war. In between, he missed a lot of classroom lectures while a combat infantryman in Europe. He fought in four major campaigns, earning two Bronze Star Medals for valor.

Returning to Texas A&M in 1946, he graduated with a business degree in 1949, formed what is now Wiley Brothers General Contractors and became its chairman. Success in the business world allowed him to make up for those missed lectures and more. He and his family endowed the university’s MSC Wiley Lecture Series and a host of professorships and scholarships as well. His appreciation for learning ensures future Aggies will continue to receive a quality education. He was named a Distinguished Alumnus in 1994.