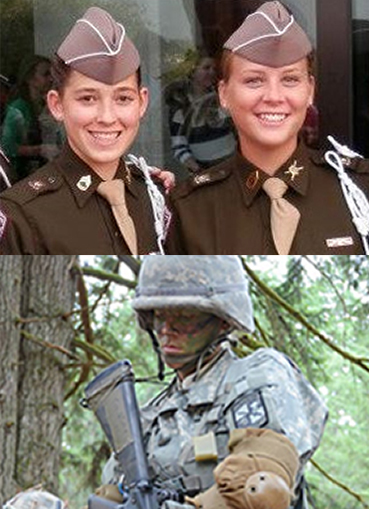 Allison Fuss ’14 is an Aerospace Engineering major from Lubbock, Texas and a current member of the National Society of Women Engineers. The daughter of Linda Hinkle and Steve Fuss, Allison will serve as the Commander of A-Battery in the Aggie Band for the 2013 – 2014 year.

Active within the Corps of Cadets, Allison was the A-Battery First Sergeant her junior year and is currently the Captain of the Corps Women’s Soccer Team. She also serves as the Mellophone Section Officer in the Aggie Band.

Allison will travel to Turkey this January as part of the Corps International Excursion Program and seeks to study abroad in China next summer. Upon her graduation in December 2014, Allison will commission into the U.S. Army and hopes to become an Army Aviator and fly helicopters.

Allison has proven to be a driven and motivated young woman who has brought maturity and leadership to every position she has had in the Corps. She is focused, intelligent, mature, and truly leads by example in all that she does. As the A-Battery Commander, she has excelled as a mentor to her underclassmen and is well respected by her peers. I have every confidence in her leadership in the Aggie Band this year and know that she is going to make a superb Army leader in the future. Allison is an excellent example of the “well educated leaders of character” that Texas A&M has been producing for over 137 years. I look forward to seeing her go on to great success in the future!